The COVID-19 epidemic catapulted Julio Cesar Osorio into The Golden Years portrait project. The series aims to portray the elderly population in a dignified fashion and highlight their lives and accomplishments.  Golden Years had been in the works for many years and suddenly came to life after the loss of Julio’s own grandmother and the many other honourable and vulnerable seniors during this global epidemic.

The project started with Julio painting a portrait of his grandmother titled Stairway To Heaven as a tribute to her loving memory and evolved into a broad series of portraits portraying senior citizens in vibrant colours. The elderly population are portrayed with humanity and positively in his works so they are remembered and celebrated in his social art project.

Julio said:  “I aim to communicate the social inequities and express the need to balance social disparities found in society whether it be the vulnerable youth or the elderly population.  After growing up in my home country of Colombia and seeing first hand the underprivileged and vulnerable populations, I have been fortunate to immigrate to the United Kingdom and make a new life. I have attended university for photography & film to equip myself with the tools to document and bring to light the socioeconomics and plight of the vulnerable populations.”

Julio will be exhibiting the seven painted portraits of the series on Saturday 18th and Sunday 19th of June 2022 at The Angel Central, 21 Parkfield Street, London N1 0PS to coincide with fathers day weekend to honour the generation who have been hardest hit by the epidemic. The event will open each day at 9am followed by Julio doing a short talk to introduce the project at 12am each day as well as being present to interact with the public throughout the two days, provide information on local groups that work with older adults and aim to start a network of locals that might be interested in volunteering and help in the community.

As a social artist, Julio deepened his insights into the vulnerable populations of society beginning in his home country of Colombia. Vulnerability is a topic that he has felt extremely passionate about from a young age while going through a humble childhood.  He then had the good fortune of immigrating to the United Kingdom.

He has challenged the viewer with a photography project about the socioeconomic factors of childhood in third world countries. Julio traveled for 5 years to document the vulnerable youth. The project has culminated with a photography book that is titled Work Play and No Rest culminating in donations to 2 orphanages (Beautiful Gate in Cape town and the Aldea Orphanage in Abancay, Peru). 5 copies of the book are now in the British Library.

His work can be seen at https://juliocesarts.com/golden-years.html

I've always cared about the planet but never knew how I could use my skills to create an impact. But that's when I decided to start Terra Movement. To get other creatives involved in the climate movement and inspire more people to help the planet and its people. 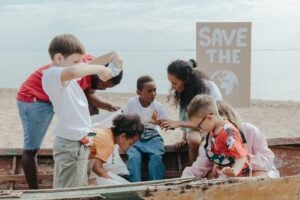 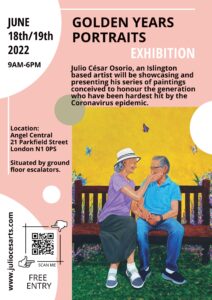 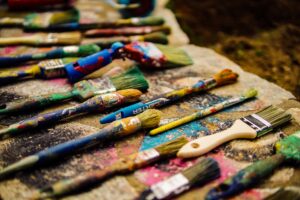 Sustainable Art: A Guide To Get You Started!