We are facing a big problem: Our world’s climate is changing, and rising temperatures due to human activities are now threatening all living creatures in every field. Unless this negative trend is stopped, people and nature will be left alone with a series of environmental disasters and massive destruction such as drought, rising sea levels and the complete extinction of many living species.

Calendars showed the date of August 2018 when Swedish climate activist Greta Thunberg, tired of insensitivity to the climate crisis in general, started a school strike in front of the Swedish Parliament demanding immediate action for the future of our planet. Although she was initially alone, other students soon joined Thunberg. This small but effective action quickly turned into a sit-in held every Friday. Students who wanted a livable world left their schools for a day and called out to policymakers who made the world this way.

Yet, countries and policymakers haven’t properly put their promises on greenhouse gas emissions, one of the biggest triggers of the climate crisis, into action. As soon as the world came out of its restrictions during the pandemic, unfortunately, greenhouse gas emissions increased at a record level. As a result, despite all the commitments and agreements, the Earth is currently on track to warm 2.4 degrees Celsius above pre-industrial levels, according to the latest warnings from scientists.

If the temperature increase cannot be limited to 1.5 degrees by the end of the century, there will be catastrophic events. In that case, some of the consequences will be:

It would not be wrong to say that the worldwide climate movement led by the youth is a brave action for many citizens and that the crowd of people waiting impatiently for something to change in the climate crisis is of considerable size. When the organisations working on the climate emergency and the climate strike participants, led by the young generation, gain more power, great turning points will be experienced in changing the balance of power regarding climate change.

Needless to say, there is a need to form a public opinion for international decision-makers to take immediate action on mitigating the effects of climate change and adapting to global warming. Furthermore, as a younger generation with environmental awareness and consciousness, we are aware of the importance of the active role of each individual in increasing environmental awareness. Therefore, adopting an environmentally friendly lifestyle should be integrated into every person’s routine.

It is possible to stop this negative trend, but unfortunately, it is impossible to return to ‘’the good old days’’ – immediately. Nature can renew itself as human influence wanes, but this regeneration may take thousands of years. However, the risk posed by the climate crisis is increasing day by day. Every living thing has a share in the extraordinary balance on our planet. We are also aware that we must protect nature, of which we are a part, without wasting time at every moment of our lives. Because we are aware that ‘’There is No Planet B!’’

Follow us on social media to follow along with this campaign and to be the first to see the amazing artworks submitted by our community.

Back to campaign page
support our mission
Share your love

Deniz has been working related to the fields
of Climate Diplomacy, environmental policies, the rights of the indigenous
peoples, sustainable development, and circular economy. She has a specific
interest in the relationship between climate change and indigenous culture,
palaeontological roots of climate change, intersectional environmentalism,
and climate migration. Deniz currently is selected as the Max Thabiso
Edkins Climate Ambassador for the Global Climate Youth Network launched
by the World Bank Group. 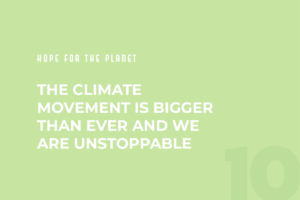 The Movement is bigger than ever before 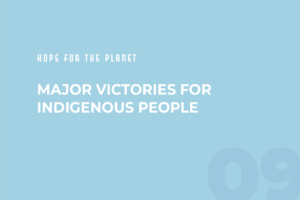 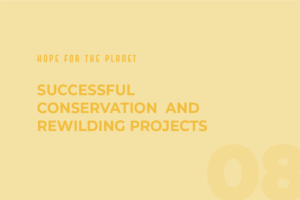