The Power of Individual Action is Underestimated

A common frustration of climate activists or a person trying to create social change, is when people ask ‘How will I make a difference? I’m just one person’. I’m sure it’s something many of us have heard and it’s quite annoying. Here I’m going to talk about the importance and power of individual action and why you need to realize no one is too small, too young, or too old to create change.

Think about all the people you look up to. All the people doing good in the world. They are too, one person. However, they have gone against all odds and in some cases got millions of people to support them. They believed in something and wanted to do something about it.

These people have a vision of the future and are doing everything in their power to create that future. We got to this point on the planet because people took bold moves. This proves that no one is insignificant. Everyone can make a difference. You just need to get out of your bed and act.

The reason many of us don’t want to take action is because we don’t want to give up meat or stop traveling across the world. It’s easy to not do anything because you can simply tell yourself that the plane would still have left without you, or someone else would’ve bought that steak anyway. It’s easy to make these excuses because this way, you don’t have to change the way you live or give up small pleasures like eating beef.

These people often think that the piece of steak is nothing compared to the big corporations that are releasing tons of carbon dioxide into the atmosphere every second. However, that is what society wants you to believe because it keeps large corporations wealthy and the economy going round.

These money-driven companies only exist because we, as consumers are asking for more. More electricity, more food, more clothes… Without the demand, these companies would not be able to sustain themselves. They depend on us and we depend on them. A systemic change is needed. But to change the system, one has to first change themselves.

Don’t wait for others to solve the problem. If it’s something that you truly care about, you should do something about it. Spread the message as much as you can and take a stand.

The way I started to change my daily habits is by listening and educating myself on all the environmental problems we are facing. Watching documentaries opened my eyes to how animal farming contributes to climate change. Reading showed me how palm oil plantations destroy entire forests. Watching YouTube videos showed me the importance of reducing our waste. All these things were created by people who truly care about the earth and were able to successfully change the way people, including me, live their day to day lives.

The power of individual action

We are not perfect. No one is. However, it’s time for everyone to take responsibility for their action. If everyone becomes sustainable even if they do it imperfectly, imagine what our world would look like. So become an imperfect climate activist.

Ignoring the problem will not make it go away. You will feel the effects soon, so don’t think you can escape it. But you could reduce the effects of climate change by becoming an activist and demanding change.

Support businesses that align with your ethos while avoiding destructive corporations. Strike for the planet and last but not least, spread the word and educate others.

Think about where you are putting your money. What world are you creating? You should not underrate the power of your individual action, even when everyone is telling you it won’t make a difference.

Climate change is a crisis that is causing anxiety, especially among the younger generations. People are not taking this as seriously as it should be taken. Children and teenagers are afraid there won’t be a decent planet to live on by the time they graduate. Their worries should not be taken lightly. They have a point.

There are already extreme weather events occurring around the globe while others are facing severe food and water shortages. If people are suffering now, I dread to think what the future will hold in 5 or 10 years. This is exactly the reason you as an individual need to take climate action.

It’s time to stop waiting for our leaders to act. For instance, the Paris agreement gave all of us hope that the world finally took climate change seriously. However, many countries are not on track and the climate crisis has only become worse.

Doing something, even something small is better than nothing. When you see an opportunity to do something good for the world, do it. Don’t wait for someone else to do it for you.

Change yourself. Inspire others.

Take the opportunity to change yourself. Join groups that have similar goals and interests. Become part of a local community and educate others on what you believe in.

After changing your own habits and your own home, take that knowledge and empowerment to your community. Propose similar sustainability initiatives at your school, work, or business. People are followers by nature so if the see the good cause you are fighting for, they are likely to join you.

You never know what your ideas and beliefs could spark in others.

If you give up meat or if you become zero-waste you are projecting a message to the people around you, that you are willing to give up some things in order to lower your impact on the planet and make the world a slightly better place. If you simply hide the fact that you have made these changes in your life, yes you won’t make a big difference. On the other hand, if you take the time to explain to people why you have done, you might be able to inspire others to follow you on your mission. But it has to start somewhere and that person is you.

The action of an individual has the power to touch so many people and change the world. No one should make you think otherwise.

It might be hard as many people might show resistance and will not want to see sustainable changes. This could be because it’s ‘inconvenient’ or it’s slightly more expensive or they just find it ‘useless’. You need to push past these people and act anyways.

Politicians always have plans for something, but it seems that climate change only ‘gets in their way’. So many of them are not interested in acting on this issue as it does not align with their money interests.

Nonetheless, the government needs to play its part. They can’t get away with everything. They can invest in clean energy, decarbonization strategies as well as ecosystem restoration.

We need to make them listen. Everyone has to be part of this because everyone has a moral obligation to protect our home. Even though it’s only a handful of people and companies that are heavily contributing to climate change, that should not stop everyone from acting. Don’t let the earth get destroyed in front of your eyes.

Politicians, businesses, and other people in power should set an example for the rest of the population. Many look up to these individuals. If they are ignoring the most critical challenges of the century, how are we supposed to create a systemic change?

Create the future you want

What do you really want in life? More pollution, more phones, more clothes, more plastic and more food which inevitably cause environmental degradation. Or do you want to live a life with purpose, feeling empowered, and taking action for the planet and for social injustices?

You can sit in your home and keep going on, as usual, doing the same things you do every day since ‘one person can’t make a real difference’ or you start changing the world one person at a time. Start a ripple. One good deed with lead to more. Don’t wait for others.

You decide what world you want to live in. Our consumerist society where we always want more does not bring any benefits, although adverts and people make you think otherwise.

Become part of the climate solution and be part of this great community trying to preserve life on earth as we know it.

In an ideal world, everyone would have taken action 5 years ago but that’s not the world that we live in. We live in a consumerist, capitalist world. The most time-consuming part of this fight is not the action itself. That can be done very quickly. It’s the convincing of people, governments, and businesses to take initiative that will take the longest.

It may start with eliminating plastic bottles from your life or creating a compost pile in your garden, but it doesn’t have to end there. Never think that you can’t create change. Each and every one of us has the power to do something amazing if we put our minds to it.

Look at what individuals have achieved in the past. Greta Thunberg for example started a global movement. She was too one ‘little’ person but managed to get the world behind her activism.

Never doubt what the few can achieve.

The power of individual action is hugely underestimated. People often forget how global movements and global change often start with one person. 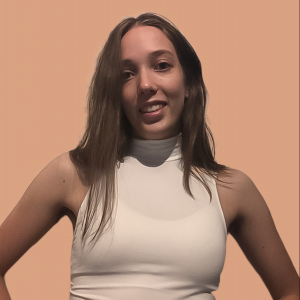 There are two things I love. The environment and design. So I decided to combine those two and create this blog. I wanted to educate people on the role design has in creating a more sustainable future and the impact it has on the planet. Using creativity, it's possible to create a greener future.
PrevPrevious12 Simple Ways to Help the Environment From Home
NextEthical Design ExplainedNext